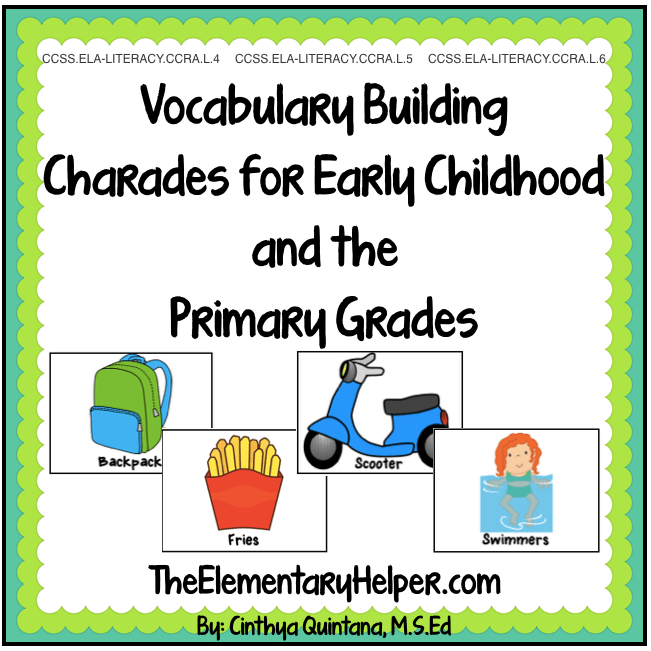 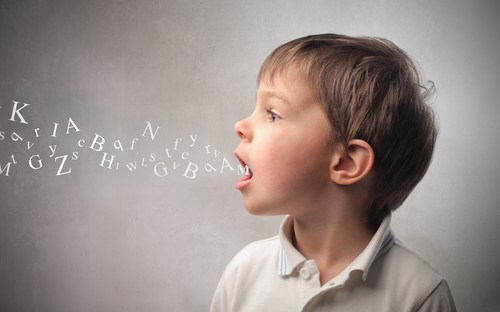 Vocabulary is the cornerstone of communication; and a vast vocabulary can open many doors for our students.  Without it we are limited engagement in certain topics, what we say, and in an extent, how and with who we interact.  Sometimes, and for various reasons, our students don’t have age appropriate vocabularies.  This will in turn make our kiddies shy and self-consciences.  Which as you know can make them fall behind in reading, writing, listening, and speaking.

Seeing this problem in my classroom full of ELLs and special education students inspired me to create a game that would give them opportunities to learn and use new vocabulary words.  The way I see it, all ECE and early primary students are English language learners and as teachers we are tasked with giving them the vocabulary for success.  So this game really is meant to help all students learn new vocabulary in a fun way.

This game can be played in a three different ways; as a whole group (large group) with no teams, as teams, or with a drawing component.

No matter how you play it the rules are the same; each team/person takes turns guessing the clues (actions, movements) from the acting student.  The students that  is the actor must act out without using props, making noises, or saying any words.  Meanwhile, the teammates work to figure out the answer.  The main goal is to correctly guess more clues (cards), in less time, than the other team.  The team who guesses the most cards before the timer ends wins!

In pre-k and the beginning part of Kindergarten the best (and easiest) way of playing is as a whole group.  In my classroom I choose a student (using my name ring) as the actor.  This student chooses a picture card from the card box and I tell the whole group the category of the item.  For example, if a student picks a glove from the clothing series I would say, “this is something people wear when it’s cold outside.”  You can give as much or as little as you want depending on your students knowledge of the content or series.

As the actor acts out the word, I allow the other students to shout out as they think of an answer.  The actor points to the wrong answer/person and just shakes his finger ‘no’.  Students know that’s not the right answer and move on.  In an ECE classroom this is the hardest step; however,  with modeling (and lots of practice) students will get it eventually.  Until then I reiterate, “Cinthya shook her finger no to the answer ‘sock’ so it’s not a sock.”

To play in teams you can separate your class into two teams with the same rules as above.

A fun twist on charades is the drawing component.  Once your students understand how to play the game you can add drawing to the mix. The rules are the same as with whole group charades.  However, students have the ability to draw AND act out their card. 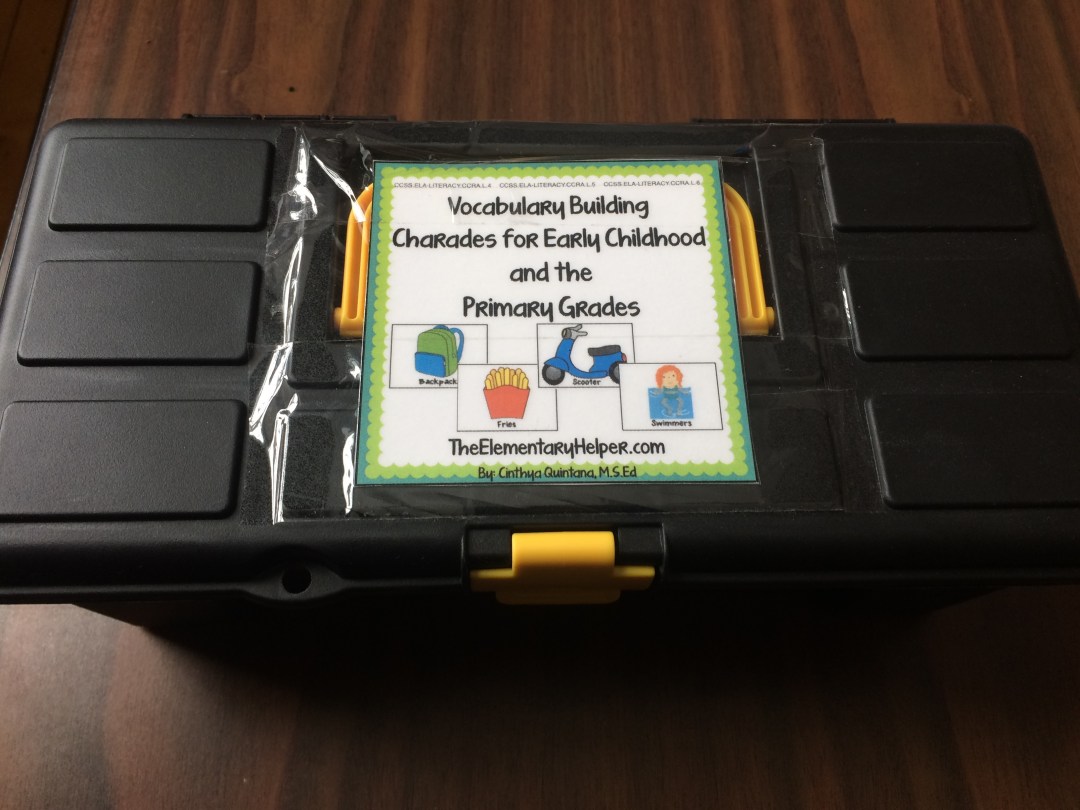 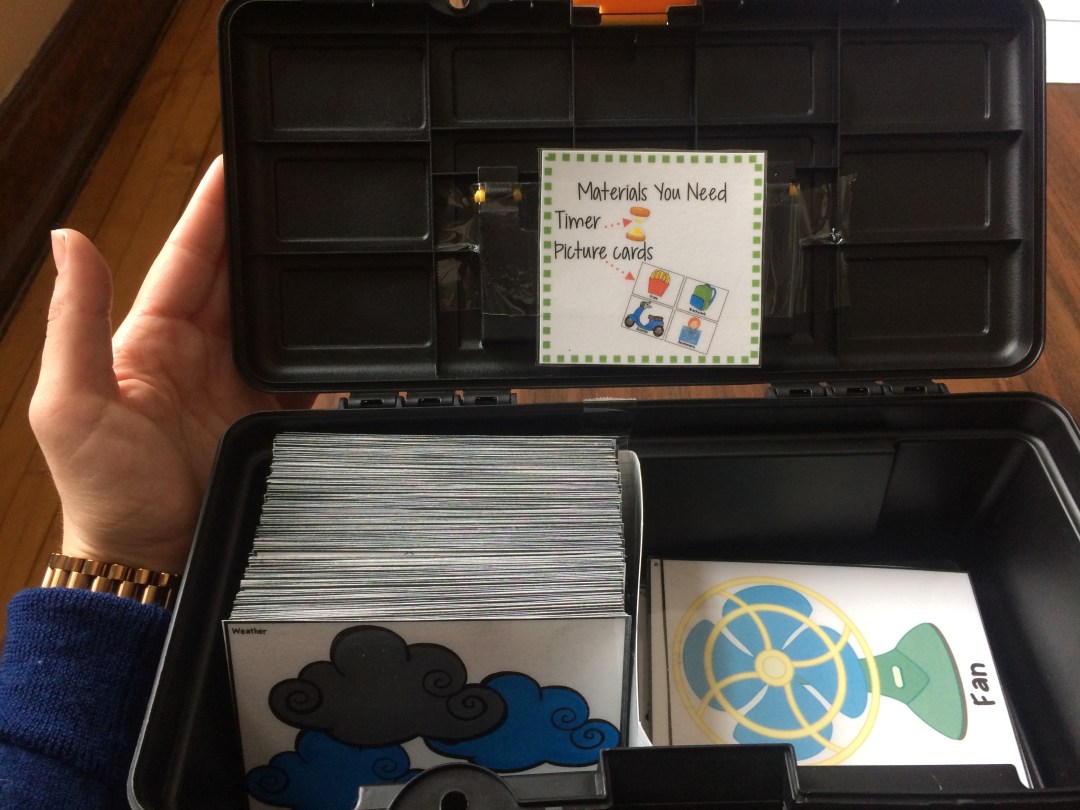 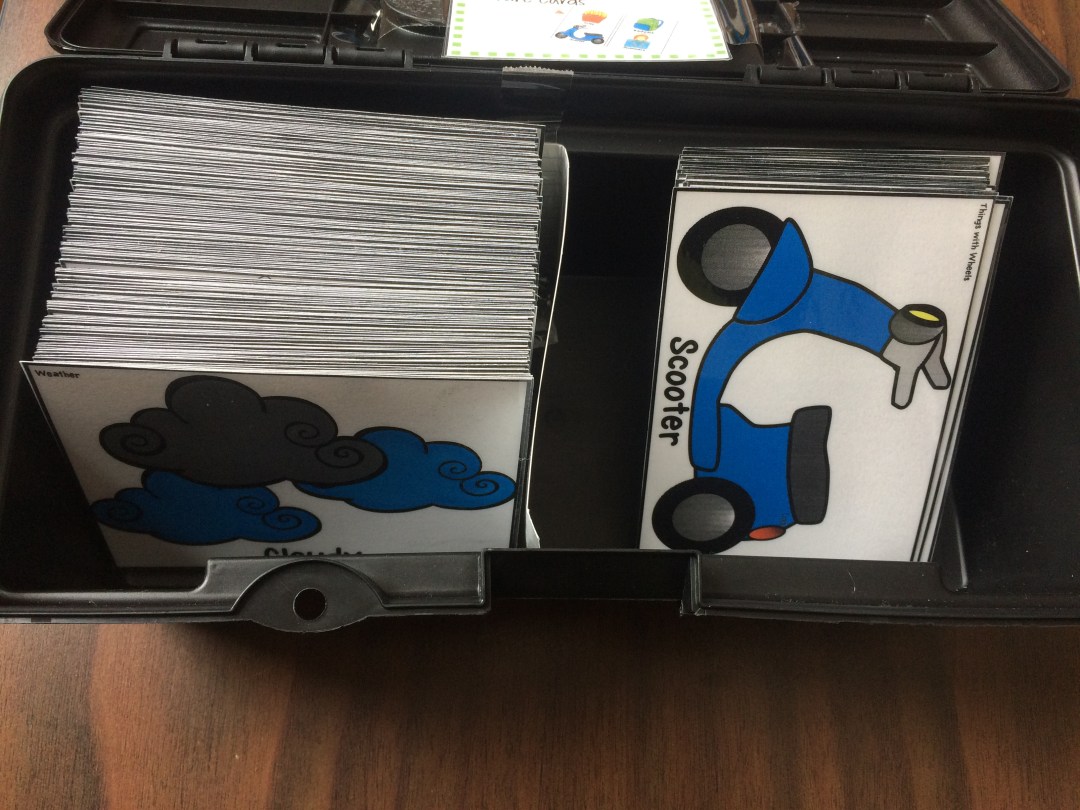 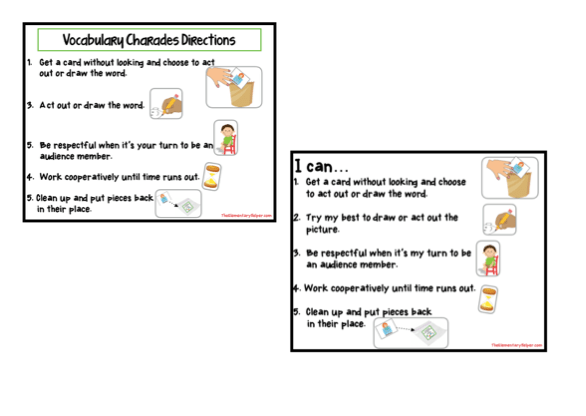 If you’d like a copy of our Vocabulary Charades you can get your copy here.

Do you have a game or activity that really excites students to learn new vocabulary?  Let us know below!

Preschool and Kindergarten are all about exploration, imagination, and captivating the attention of our little learners. Our teachers bring an innovative approach to classroom setup, co-teaching, special education, and ESL. Get ready for lots of learning and lots of fun!

First, Second, and Third Grade are when those little learners become students! These pivotal grades help create a strong foundation for future learning. Our teachers are ready to share their experiences and tips to making these years as successful as possible!

In the wise words of Dr. Seuss, "“The more that you read, the more things you will know. The more that you learn, the more places you'll go.” Literacy is the key to unlocking the world. Whether you're trying to refresh your approach to reading instruction or looking for some strategies for struggling readers, here is your one stop shop for everything language arts!